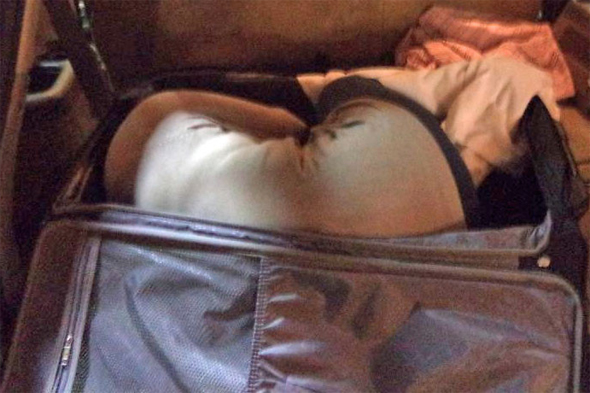 A man has made an attempt to smuggle a Thai woman through the US-Mexico border, at the Port of Nogales in Arizona.

According to a report by Aol, a travel website, the US Customs and Border Protection released a photo showing the woman inside a suitcase.

The Customs and Border Protection agents discovered the 48-year-old woman while inspecting a Honda SUV, entering the US on December 30, in Nogales.

The woman was hidden under clothing in the large suitcase in the back of  a vehicle driven by a 56-year-old man from Phoenix.

Their names were not released, however, the man faces smuggling charges.