Obamamania Takes over Kenya ahead of US President's visit. 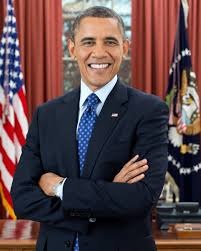 If you are from Kenya then you are aware that the greatest news in town is that The President of the U.S.A is heading your way.

He is to arrive his ancestral hometown later today to address an entrepreneurship summit and hold talks on trade and investment, security and counter-terrorism, and democracy and human rights.

In anticipation of the president’s visit a new hashtag has appeared, well it’s not a new hashtag but just re-purposed for the historic trip: the preparations in Nairobi are, in fact, being hailed as a new #Obamacare.

That’s not all that is being re cycled, like your typical African nation massive refurbishment of amenities have been going on all week, Filled potholes, refurbished pavements, new security cameras and most conspicuously  newly planted grass to adorn the streets where the presidential motorcade will ride ,

Overall, the city is spending hundreds of thousands of dollars on renovations, while the Kenyatta International convention center, where the summit will be held, has received refurbishment and security enhancements to the tune of SH300 million ($3 million), according to local reports.

Particular care has been taken to clean up and secure the highways and streets that will witness the passage of "The Beast," the armored car that will transport the President, which has been spotted in Nairobi days ahead of Obama's arrival.

Meanwhile, resourceful merchants have taken it to the streets to sell Barack-themed memorabilia -- anything from t-shirts and hats to artworks and dvds.

The Obama craze has spared no sector, from mobile phone ringtones offering extracts from his speeches, to bespoke billboards highlighting products of all kinds in the light of the President's arrival.

And while the disruption brought on by the lock down might actually impair the daily routine of some businesses, the overall effect promises to be beneficial in the long term.

In a video released ahead of the summit, Kenyan President Uhuru Kenyatta welcomed Obama to a "land of opportunity," stating that "Kenya is a country that epitomizes the transformational power of possibility, a land once known for its savannah, now earning international repute as a Silicon Savannah.

The CNN however, received a huge backlash whilst addressing the trip in the news,   an article ahead of President Obama's visit to the African nation described it as a "hotbed of terror.

"President Barack Obama is not just heading to his father's homeland, but to a hotbed of terror.

Soon, the hashtag #SomeoneTellCNN started trending in Kenya, with hundreds of comments about the misrepresentation of their country in the Western media.
It’s all well and good but my question is when is the President going to come to Nigeria we love him here too…at least I do. ok