The Female on top of the Corporate Ladder.....A gift or a Curse?? 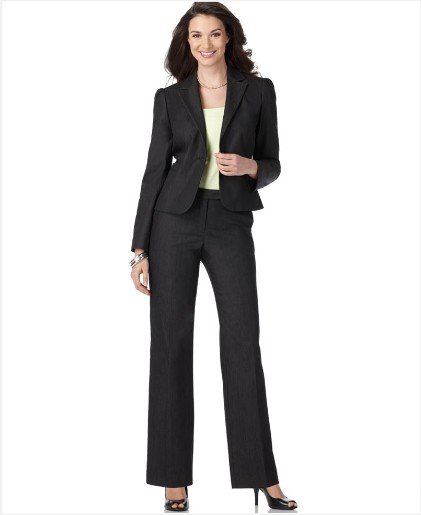 I always tell people Life is a book with different chapters, if you skip one or two chapters you might not understand how to fall  into rhythm with your story, Impatience makes  people want skim through the book pages, thereby walking clueless all through life.

Who remembers the Beijing women’s conference in 1995? Personally i think African women finally caught the spirit of female liberation that had been roaming around Europe and the western world for several decades  that year.

Don’t get me wrong, pre-1995 African Women had always made their mark in history, from my favorite all time female heroine Queen Amina of Zau zau or Zaria in 1596, to the popular western heroine Madam Efuronye  Tinubu ,or even Olori Moremi of Ile-Ife and of course the Egyptian Queens Cleopatra and Nefertiti of Egypt, women had always left their mark in history…(at this point i can see the male readers rolling their eyes wondering if this is another pro-feminist soaked article camouflaged with general banter, have some faith ok) but after that conference it appeared as if publicly women were not afraid to want more for themselves, gone where the days of  the unassuming woman, content to rise to the level of a middle level civil servant and retire with a comfortable pension or become  head mistress and principals of  schools, suddenly Nigerian women didn’t see any reason why they should not be appointed Permanent secretaries, Ministers, deputy Governors etc, It became a time when  ambitious women were no more looked at with disdain by their male counterparts , women in position of power wanted to be treated with respect and not as the bosses girlfriend but at what cost??

To be honest do not be deceived by the Beyonce syndrome it is very difficult for a woman to have it all , To be at the pinnacle in your career and have a successful home is extremely difficult but not impossible. I have a very good friend (name with-held) who married this beautiful wiz-kid, she came out with a first class and four years after graduation international consulting  firms were running after her like hot cake, one day i called my friend to catch up with him, and our conversation has remained in my head till this day, he told me all the wonderful accomplishments his wife had achieved with a distinct knot in his voice, after several minutes of prodding whilst wailing inside as my credit ran low he finally opened up to me, he was finding it difficult to keep up with his wife, she had just been given a brand new Toyota Avensis car and right now he was scratching his head wondering how to  change his car as well, i remember him crying out  my wife’s car is more expensive than mine, he was a second level officer in a Financial institution and was finding it very difficult trying to catch up with her, he kept on complaining on how his wife kept on writing professional exams and that they were yet to have kids e,t,c .
I gave him a serious tongue lashing and yes my credit finished as well. however hours after that phone call , i couldn’t stop thinking about his predicament wondering to myself,
“were men afraid of successful women?”.

I would think a man would be elated that his wife was doing so well in her career,  but i guess not her spouse felt emasculated suddenly  being the spouse with less accomplishments. Luckily he seems to have accepted the reality of his situation and they are now both successful and happy with two beautiful kids.
So many women go through the same challenges, last week i was upset when someone said Ms Arunma Oteh was recalled because she was Goodluck Jonathan’s girlfriend , why does every successful female politician or statesman have to be someone’s girlfriend is that how every successful woman looks  or perhaps people cant wrap their head round a beautiful woman in a position of authority earning her place  strictly by merit. let’s be frank the higher you climb the corporate ladder the more strain it will put on your family if not for anything the extra hours you will have to put in at work, there is no short cut to it, its tough out there. Personally i struggle with juggling house hold chores and meeting up with the demanding expectations in the office, thank God i have a supportive spouse  but for some women they have little or no support at the home front.

Being the curious amebo that i am , i am always constantly prodding my married male friends on how they cope when their wife is away on official duty or comes home late , most say they are understanding about the situation, but beneath their lashes i peep  the fake smiles, wondering when it will falter to reveal the  truth. Most women at the  top  need to be twice as tough as their male counter parts at the job to be taken seriously and 10x as nice at home so their husbands don’t snap , makes you wonder why a large number of women at the top are either single ,divorced or newly separated .

Yesterday is not like today, for yesterday the economy was not this rough and the cost of living was not this high, most families need  two spouses income to survive , whilst we all cannot get that lucrative Oil job or Federal Government high paying job with the official car and driver what happens to the ambitious women who want rise  to be Managing Directors, Financial Directors and still be hands on mothers and dutiful wives. With the crop of nannies we have today, who have suddenly  become lords and masters with a sense of entitlement in   your own house,  and bosses at work who don’t care if a set of triplets just came  out of your womb few months ago expecting you to deliver at your desk with the same efficiency as a 26year old male  fresh graduate bursting with adrenaline, what does the future hold for the Female on top of the corporate Ladder?.

If she is stern with her colleagues they call her a dyke, if she comes home late from meetings at home her husband side eyes her, if the kids get into a fight at school she is labelled a bad mother who cannot supervise her kids and if she struggles to juggle  it all she is called a workaholic who must be having personal problems at home , for that woman who manages to have it all smoothly i respect you, i envy you and i need to know your secret . where society looks at you with binoculars , searching for a hidden flaw i commend you as an amazon , a nurturer and ask you quietly…where can i get that lucrative Oil job cos Dakky no fit shout.
Dakky's View Feminism Woman workplace