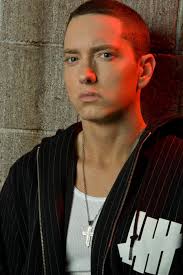 There is a new report circulating that rapper Eminem has turned his life over to Christ . . . and is now a BORN-AGAIN Christian. Word is that Em is building a relationship with God and using that to help him spiritually, and with his addiction problems.


Here is what is being reported:


A source claims that he has witnessed the Detroit rapper’s transformation firsthand. He said Eminem has removed himself “from the depths of the music industry” and will no longer be conforming to what the business expects of him, according to Christian Post.

There is some merit to the rumor, although it requires traveling back to 1996 when Eminem released his debut album, Infinite. In a song titled “It’s OK,” Eminem says:

“But in the midst of this insanity, I’ve found my Christianity through God and there’s a wish he granted me. He showed me how to cope with this stress and hope for the best, instead of moping depressed.” . . .

The website ChristWire profiled Eminem as a “Christian Warrior” in 2011, applauding him for his Chrysler ad during Super Bowl XLVI.

“Through any problems he has had in live he has risen above the blackness that surrounded him,” the article writer, August Weisz, said. “He is truly a Christian hero.”

Good for him!!
Dakky's View Eminem