Could this native ethopian tribe replace the kardashians 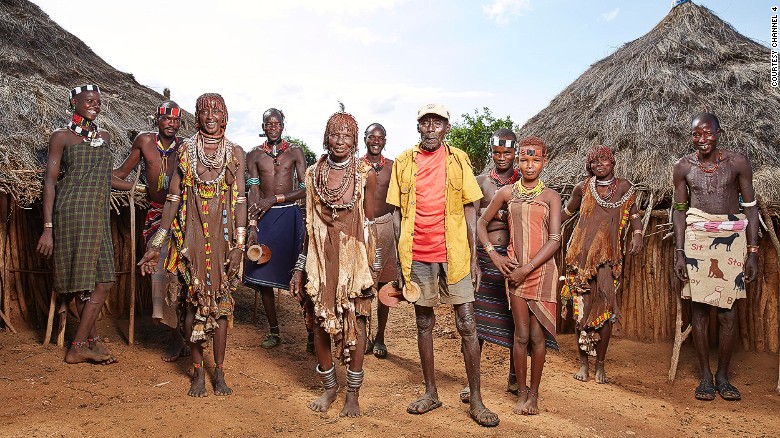 In a world where people are becoming sick of shows showing grand opulence when others are languishing in poverty, perhaps the answer to enough of the Kardashians is a reality show about a family from opposite sides of the divide. "literally"

Can a family from Ethiopia's Hamar tribe prove as riveting as the Kardashians? British television broadcaster Channel 4 is banking on it.

This week, the network aired the first episode of "The Tribe," a reality show set in Ethiopia's Omo Valley.

The show follows several generations of the Ayke Mukos family using fixed-rig cameras -- a format that has proved successful for other Channel 4 shows, including One Born Every Minute, the American version of which premiered on Lifetime Television in February 2011. By rigging the Hamar family homestead (four huts and a goat pen) with cameras, the subjects soon forget they are being filmed, making their behavior less guarded and more interesting to watch.

There is much that sets the Ayke Mukos apart from viewers in the West: Marriage negotiations, the initiation rite of cattle-leaping and the distinctive Hamar hair. However, Paddy Wivell, the series director, believes that though the show's characters come from a different background, the issues they contend with will be familiar to viewers.

"What we learn is that concerns about well-being, issues about education and retirement are all universal themes. The way they are dealt with are different of course but love, compassion and care are all universal."

The lead characters in this assemble cast are the male head of the family and his first wife, Kerri Bodo, who, Wivell says, are established elders in their community and strong characters.

"She is loving, warm, wise, funny and takes care of everyone in the family. He's the grumpy, old granddad, always swearing at the kids and cantankerous."

The Ayke Mukos family seems to greet the filming positively as a cultural exchange, judging by their reactions in a Channel 4 promotional video showing the filming of the series.

Arrada, one of Ayke Mukos' sons, notes that the experience is new for them.
"We've never seen anything like this in all our lives," he says.
"Now that everything is here... the cars, the crew, the equipment... you will see what our culture is like, and we will see what your culture is like."
His older brother, Zubo, concurs.
"It's great that you are filming us, to show people in your country who can't come here," he tells the crew.

Watch the Trailer below: what do you think should technology just stay away from this family or nah ?