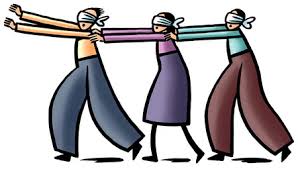 I cannot stress  enough the importance of being  very cautious and security conscious  on social media, avoid giving out your personal information to strangers you meet online and be very careful when meeting up with people for business or personal purposes.

One lucky would be victim narrated his ordeal on the social website Nairaland of how he was almost kidnapped and robbed in Owerri, Imo State.

The narrator who is obviously a project developer or Architect got a call from someone who claims he saw his project online and was interested in giving him a job/project  in owerri. The narrator got to Owerri only to be pushed around with delay tactics trying to extend the meeting point till late in the evening, eventually directing him to meet them up at some place.

Because of a similar incident that happened to someone he knew, he was extra cautious so he got to the location but stayed at a distance watching the would be rendezvous point.Subsequent phone calls that ensued between him and the so called project contractors revealed that they were probably watching and waiting for the right time to pick him up and kidnap him, luckily he escaped unharmed.

Two other commentators shared the same experience, obviously the new trick is to try and get people into towns they are not familiar with in the guise that they have a business job for them, kidnap them at gun point and withdraw all the money they have on them ATM, valuables, everything.

One commentator lost as much as N600,000, he was kept for days until he withdrew all the money in his account with his atm card.

Please lets all be cautious on the world wide web, some people have pure evil intentions for networking.
Dakky's View