Well what do we have here, A multi purpose Computer that might be the answer to a lot of problems in rural areas out of touch with the amenities located in the Urban and developed cities. Considering that we have been battling under Power issues in Nigeria for years, this may be the solution we have been waiting for.

Touted by its creators as the "world's largest solar-powered computer," it could offer a quantum leap for development across rural Africa.

The Watly machine, created by an Italian-Spanish start-up of the same name, resembles a futuristic space capsule. But its mission is to provide electricity, clean water, and Internet services that could transform lives and economies across rural Africa.

Around 625 million people in Sub-Saharan Africa are currently without electricity , more than two-thirds of the population  while 39% lack access to safe water.
"This is an infrastructure solution for people without access to three fundamental pillars of civilization," says Watly founder Marco Attisani. "We are (taking) people to the heart of the 21st century." 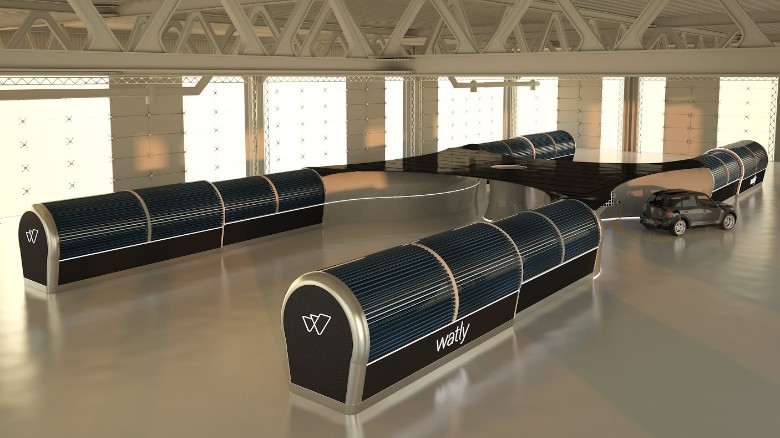 The system works by capturing solar energy through photovoltaic panels on the surface of the Watly module, which is converted into electricity through an internal 140 kwh battery.
This powers a patented water treatment system that uses a graphene-based filtering process, before the water is boiled and then distilled. The process can deliver 5,000 liters of safe drinking water each day.
The battery also powers a connectivity hub that provides wireless internet access within an 800-meter radius, and a charging station for electronic and mobile devices.
During its 15 years of service, one Watly can reduce emissions to the tune of 2,500 tons of greenhouse gases, equivalent to 5,000 barrels of oil, its makers say.
Watly has already tested a prototype in rural Ghana, and the next step is to roll out units across the continent, starting with Nigeria and Sudan.

In July, Attisani will present the final design of a scaled up 40-meter, 15-ton machine to potential customers and investors.
"We have support from big corporations but I cannot say their names yet," says Attisani, citing interest from leading mobile phone and energy companies.
The project has also received 1.4 million euros from the European Union's Horizon 2020 research funding program.
"The project could have a huge social and economic impact especially in Africa," an EU spokesperson said. "It aims to bring clean energy and clean water to people in countries that are in desperate need of both vital resources... and ultimately contribute to raising the living standards of potentially millions of people."
Attisani stresses the need to involve local NGOs and civil society to drive widespread adoption.
"No technology can change the world without a human factor," says the entrepreneur. "Local partners will care for the logistics, spread the word, play a role in education, and leverage functionality."

Beyond subsistence needs, the machines could power a surge of economic growth. 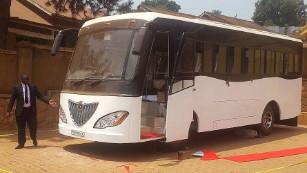 Uganda unveils Africa's first solar-powered bus
"We expect Watly to be a starting point for local entrepreneurs to start businesses," says Attisani.
Within eight years, the company hopes to install 10,000 units across Africa, and estimates this will create 50,000 jobs. Many of these will relate to construction and maintenance of the machines and their products, while others will come indirectly through businesses benefitting from a reliable supply of vital services.
Attisani believes the model of providing services through localized, sustainable modules could have far-reaching consequences.
"There are going to be hundreds of companies developing technologies similar to Watly," he says. "This could create a new economic paradigm worldwide.".
Culled from CNN
#Technology #Internet #Solarpower Dakky's newsbit Dakky's picks