Who stole my merit?Plagiarism in the workplace. 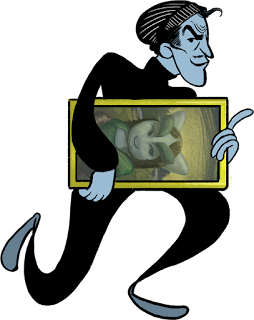 Have you ever worked tirelessly on a project at work? The kind of Project that keeps you on edge and makes you stay back late hours at work, you partake in endless strategy sessions, Weeks on end you are on your toes brainstorming, researching and sourcing for prized information like a dehydrated nomad neck deep in the dessert.  Finally it’s completed and you feel a sense of relief and pride, you click on the submit button and wait for some form of acknowledgement.

You wait endlessly until disillusioned and fed up you move on to the next pile of work on your table. Shortly after you notice a celebratory atmosphere, there is a properly prepared memo exchanging hands with the bosses at the top. You peer at the document disturbed at its uncanny familiarity and then it hits you right at the base of your forehead as your anger begins to rage. It’s your work, your sweat, repackaged and relabeled. Your Bosses simply exchanged your name with theirs and presented it to the board of the company as theirs. Did someone just take merit for your work?


It’s a thin line between acknowledging individual contributions to a project as team work produced by effective delegation of assignments to team members, and a blatant abuse of power by a boss who arrogates a subordinate’s work as theirs. Some would even go as far as to call it a form of Plagiarism. There are certain ethical codes that should be respected in a corporate environment, for instance whilst making a presentation on a policy /module designed primarily by a team member, the whole team may either take the credit as a group, with individual names interchanged for the team’s, and/or All the contributors names mentioned below the presented documents or at least the member receiving a honorable mention for their effort..

However is this not being a tad bit petulant? After all a standard Employment contract agreement should include a clause that stipulates that proprietary and intellectual rights on Inventions or Innovations produced by an employee belongs to the organization, so in retrospect why should anyone  expect credit on projects executed in the line of duty. Corporations are not set up to indulge bruised egos, but to achieve set objectives efficaciously. When there is a goal to achieve or a problem to resolve, most bosses are interested in the end results and not in the trivial politics that may have brought about the solution. Whilst we are on the topic of claiming credit would the employee still be adamant on recognition if the project turned out to be a failure? Hmnn.

Whilst Acquiescing to the valid points raised in the paragraph above it still does not negate the human element involved in matters like this. As a team all players should work with the best intentions for the Team and the Organization as a whole. Supervisors should seek to navigate the controversial line between group recognition and celebrating an individual’s contribution to a successful project achieved by a willingness to go above and beyond the line of duty. Subordinates on the other hand should recognize the foolhardiness of expecting a pat on the back every time they submit a successful work done. The workplace is not kindergarten where everyone claps and sings your praises when you spell a four letter word correctly.

At the end of the day a win is a win for everyone. I do understand the extreme disappointment that follows a snub for hard work, and in some instances employees should stick up politely for themselves to an abrasive boss who wants to steal all the spotlight for himself. However the final picture is the only picture that matters. Plagiarism is a terrible practice to adopt but so is self-aggrandizement.
A team excels when all members exude mutual respect and selfless service. Can we all just play Nice?.
#Businessarticles. #Linkedin Dakky's bits Dakky's View