Why you should have secret identity after work hours. 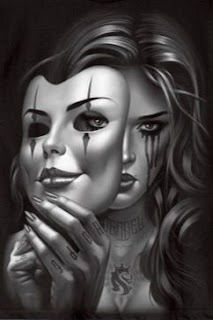 First of all I am not advising anyone to go join the secret service, or wear costumes and fight crime at night , do not point to this post when facing the consequences of your actions , however what I am advocating is that employees should try and keep their personal hobbies/activities separate from the work place.


Let’s be honest who wants to open the newspapers and see the headlines Mr Johnson Chief accountant of ABC company and his Band the old school players will be rocking out at Nite Shift Night club on Friday at 10 p.m…Honey when I am expecting to go into a serious meeting with partners I don’t want to see these partners raise a comical eyebrow when reading about my boss in the national dailies dressed in some hot leather outfit at  the meeting waiting room.

Should companies be actively interested in what their employees do in their private time when the office doors close, I don’t think so, except of course it’s something illegal or amounts to conflict of interest in the same vein companies don’t want to see their brand name splattered all over the press when an employee decides to join a wrestling club in his spare time or something sordidly entertaining.

“But wait!” some of you are going to scream in disagreement, “why then does a company sponsor an ad in the papers celebrating an employee that came top 3 in a marathon or who won a medal in the Olympics, seems like the company is excited of that particular employee associating with its brand name” . You would be absolutely correct, where an employee has achieved fame for doing something positive the company is excited to associate themselves with that person, a secret identity would not be necessary but let’s be honest how many of us are winning Marathons, or winning Olympic medals or even win Big competitions like American Idol or X factor. Yes put down your disagreeing thumb now.

Employees really need to draw the line between what is acceptable in the workplace and what they do in their spare time, for instance I know of a colleague who was suspended for more than Nine months without pay for unofficially skipping work to go take part in a dancing competition in South Africa, he had requested officially for some time off for the competition and it was  denied , no serious company is going to give you time off to go and salsa with some beautiful girls a thousand miles away, so being the fun chaser he was, he cunningly skipped out of work and lied that he was sick , but the company eventually found out and he was lucky he did not lose his job.
How did they find out, the silly rabbit used his name to enter for the competition and it was announced on the radio or something] it’s been several years ago, forgive me if the details are sketchy}.

My advice is simple, of course you can have a life outside the office , have your hobbies, be a dance coach, be a cartoon sketch artist, political commentator, Motor bike riders group leader, whatever floats your boat, but use a moniker, acronym whatever it is, separate your work persona from your personal activities especially if they may lead to public scrutiny, you were hired for a specific role, the magic that you become when your work tag goes off, you can save that in your diary till it’s ok to let them merge. For now keep the excitement bottled up and let’s start hunting for those fantastic secret names.

Be you be free be Brilliant.