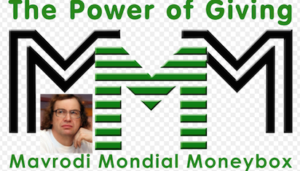 If you live in Nigeria and you are not aware of the Ponzi scheme Mavrodi Mundial Moneybox called MMM  you must have been living under a rock.

MMM is a networking scheme where members "Provide Help" pay in funds to other members and get 30% rewards on the help provided within 30 days."Neat Right" , Yeah it appears so many people from all works of life agreed that it was a great arrangement so they poured in large funds into the scheme.

All was well until when it was announced that MMM Nigeria has freezed Macro on its website , they released a statement stating that there is a 30 day freeze period until Jan 14, 2017.

This did not go well with thousands of Nigerians who invested millions and in some cases their entire life savings in the scheme,

Onyema Tochukwu a Nigerian High life artist decided to pen a song poking fun at the participants of the scheme who have been wailing for fear of losing all their funds.

The hilarious song which is entirely in Ibo language is so comedic i decided to post it here. Find video below.

NB: This song is in Ibo and is not translated in english