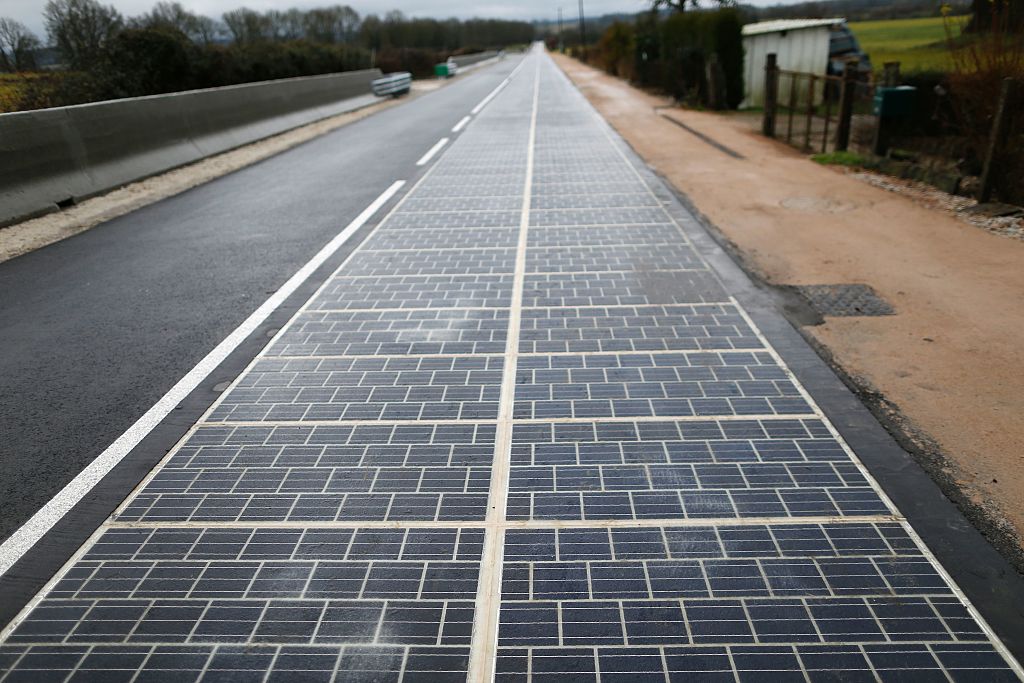 The world seems to be evolving at an astronomical pace within the Last decade, the world’s first solar highway has been opened in France, in the not-very-sunny village of Tourouvre au Perche in Normandy.
The roadway is just one kilometre (0.6 mile) long, but that still works out at 2,800 square metres of photovoltaic cells—enough, hopefully, to power the village’s street lights.The road was built by Colas, a large Anglo-French construction company.


Colas has apparently been working on its own solar road tech, called Wattway, for at least five years. Wattway has been tested in car parks, but this is the first time it has been used on an active road.
There will now be a two-year test period, to see if Wattway can withstand the rigour of being pounded by thousands of cars and trucks per day, and whether it can actually provide a useful amount of electricity.

The main problem about constructing solar roads is their costs, the one kilometre road in Normandy cost €5 million (£4.3 million) to build. And that’s for a single lane of a two-lane highway
Expanding that out to €10 million per kilometre for a two-lane solar road, you’re looking at a total cost measured in billions or even trillions of pounds to cover a sizeable portion of a country’s roads with solar panels.

France has over a million kilometres of roads; the United States has over six million. And that’s not counting the larger highways with more than two lane.
Fortunately, Ségolène Royal, France’s ecology minister, has a much more reasonable goal in mind: she would like to see solar roadways replace one kilometre of every 1,000 in France.
Again, assuming she means two-lane solar roads at around €10 million per kilometre, the total cost would be €10 billion — not bad, assuming the panels (and the accompany electrical system) don’t need regular maintenance and that they produce enough electricity to be worth the much higher initial outlay.
Every solar panel needs to be wired up.
Indeed, their questionable efficiency is one of the main reasons that more solar roads are not currently being built.

Colas says that Wattway’s photovoltaic efficiency is 15 per cent, which is pretty good (commercial panels that you might put on your roof are at about 20 per cent). But that does not take into account the fact that the solar panels are flat on the ground, rather than angled towards the sun’s trajectory, significantly reducing efficiency at higher latitudes.
Heavy traffic could also block sunlight; as could snow, mud, and perhaps standing water after rain.

The Wattway brochure suggests that 2,800 square metres of solar roadway ought to be able to power about 140 homes—about 420MWh per year.

It remains to be seen how effective this project will be in terms of withstanding the weight of vehicles, its costs is a huge issue hopefully after two years the company should be able to figure out how to reduce costs and commission similar projects all over the world.