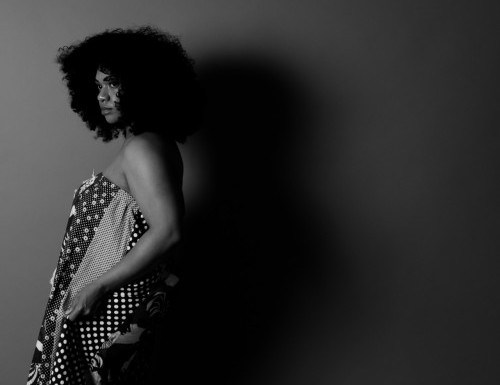 Extremely belated Post, i want to apologize this post should have been up months ago, i started it and couldn't get myself to conclude it because of the interruptions of the rat race. However here we go , it's just something that i had to finish. I may edit this in some near future but for now here goes.

Feminism …….sigh this word again, I suspect readers who are not aware of my other write ups will soon brand me a diehard feminist , however I definitely could not ignore the travesty that took place some months ago between our lovely First family.


The First Lady of Nigeria Aisha Buhari , in an interview with BBC Hausa ,said that she will not campaign for her husband in the coming elections if the current situation remained the same, insinuating that her husband’s administration  had been hijacked by those who did not understand the administration’s vision. gasp …to be honest i did not believe that she had said what she said in the interview until I watched it for myself, it was not only unthinkable for a first lady to be so openly candid about disagreeing with her husband, even Dame Patience who was as outspoken as they come did not even dare do so in Public, But she even alleged that she may not support her husband in 2019 if his government continues with the way they were going.

How would the President react, I felt as if i was seeing a new dimension to the first lady, apparently she had a voice after all, and as quickly as that voice was heard her husband shut it down, when questioned on his views regarding his wife’s statement, The President replied with the now famous, “…my wife belongs to the kitchen, living room and the other room.”, standing right beside a female President in her own country.
Nigerian women were not having it, even with the spin web of the President’s aides that his statement was taken out of context and it was all a joke, a lot of women are not laughing, if we are to correctly interpret the president’s insinuation, everything we work for, strive for, achieve in our personal and professional life means nothing until we perform our primary purpose which according to him is in the kitchen, in the living room and in the other room..le sigh.

Feminism in Nigeria has always had to grapple with the chains of tradition, God forbid for a woman to stand her ground and make her voice heard, you will hear these kind of names thrown around, Bitch, Margaret Thatcher. , Wicked Woman, Iron Lady, Some will even label her a witch insinuating that acting too aggressive is a bad look for a woman, but if a man does the same he is termed as a “go getter “, an ambitious enterprising person who feels no qualms about speaking his mind, a straight shooter…. The double standards goes on and on, sometimes it becomes extremely frustrating.

Just so we are clear Men are not necessarily the solitary culprits in this ignominious narrative, if you look closely you will discover that the greatest critics of successful ambitious women are women themselves, A woman could struggle against the harsh tides on the roads to success to achieve professional and personal victory but at the end of the day she will still be judged by her marital status, it seems like some women bristle as their gender mates rise in their respective professional hierarchy in the workplace,
If a woman decides to exert herself and  work hard to grow in her career or profession, derisive remarks of how she should spend more time with her family and not trapezing around in the name of work would be heard, most even go as far as insinuating that  she may be offering indiscrete sexual favors as a reason for the rise in her profession.

The duplicity in the interpretation of gender roles in the society is more clearly seen in domestic violence and Rape cases where some members of society turn around and blame the domestic violence victim or rape victim for the incident.
**Her spouse or partner beats her up, instead of collectively castigating the offender you hear comments like

“well what did she do to provoke him? She must be at fault, she must have insulted his ego, she nags, she is disrespectful “In Rape and sexual assault related cases you hear nasty comments like “She must have led him on, she dresses too provocatively, how can she accept his gifts and deny him of gratification “ e.t.c I literally have to take deep breaths when discussions begin to twist into the scenarios mentioned above, there is no justification for rape or assault NONE.

Nigeria’s economy has taken a down turn in recent times and most families are forced to depend on two incomes rather than one, More women are stepping aggressively into roles once solely preserved for the menfolk and some members of society are gradually accepting that the reverse in the traditional role of a woman as solely a home maker and at best a helper in the farmlands is not a bad thing. However in my opinion I feel we still have a long way to go.
Personally I come from an extremely traditional background and I understand that my husband is the head of my family, There is no dissension as it relates to my place in my home, I have no qualms about stepping back and treating my spouse as a king (which he is), so long as he does not forget every King needs his Queen , Queens also deserve a place on the throne but that’s just me. In my opinion what people do in their homes is their business, whether couples decide to treat each other as equal opportunity partners or cling to some traditions of allowing the Man to lead in matters that concern their homes is their prerogative, but my thing is when a woman steps out into the professional field doing the same kind of work as a male, battling with more derogative perceptions than her male colleague, the least I expect from society is to give her some RESPECT

I would rather have a society which celebrates success and accomplishment period instead of the subterfuge that is invoked when relating to an accomplished woman. Nigerian women have always stepped up to take care of their families, battling with cultures that are thinly veiled with male chauvinism and sexism, yet they have still struggled to become leaders in commerce, literature, Governance, and other areas in our polity.
.
The Nigerian Feminist is outnumbered, misunderstood, precocious and forlorn. Most times she struggles trying to navigate the rough waters of misogyny and prejudice enmeshed in our society, perhaps someday we will be able to successfully accept the success of a person unequivocally regardless of their gender but for now  kudos to every woman breaking down stereotypes and achieving what was previously termed impossible and kudos to the men who support us.