THE NIGERIAN RECESSION AS A CATALYST FOR GROWTH AND DEVELOPMENT. The Ebonyi Rice story: 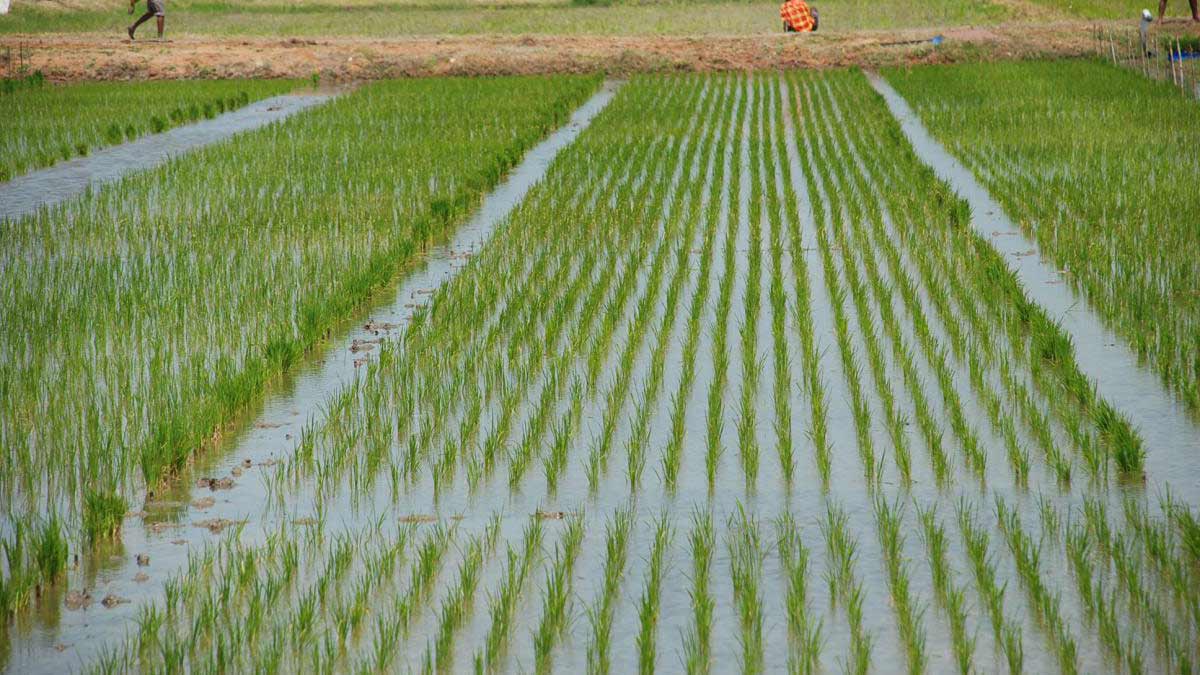 It’s no news that 2016 was one of the worst years for the Nigerian economy, the country reaped its reward for ignoring previous lucrative sectors and concentrating primarily on revenue from the Oil Sector, consequently when Oil prices plummeted the Nigerian economy followed suit.
The Government scrambled around playing the blame game and rolling out unsuccessful policies that further worsened the situation, at the peak of the crisis prices of commodities shot up to the point that it became unbearable to even prepare a pot of stew for a low income family.

At the end of the full year of 2016, GDP contracted by -1.51 per cent,This Contraction reflected the impact of the difficult year for Nigeria characterized by weaker inflation-induced consumption demand, an increase in pipeline vandalism, significantly reduced foreign reserves and a concomitantly weaker currency. Problems in the energy sector such as fuel shortages and lower electricity generation compounded the situation.

The Federal Government and its Anchor Borrowers Programme.
On a side note the effect of the recession was not all bad, whilst the private and public sector workers were complaining of the hardship orchestrated by the poor economy, some of the entrepreneurs, farmers and skilled laborers were actually experiencing boom in their businesses. The forex crisis and rising inflation compelled many Nigerians to resort to homemade products for survival.
It is public knowledge that before the economic recession, Nigeria became a dumping ground for all kinds of imported products; a development that almost killed the local industries. Today, the reverse is becoming the case. The local industries still have a long way to go, however some seem to be faring better than others.

The Federal Government of Nigeria in its bid to encourage participation in the agricultural sector flagged off the N40 billion CBN Anchor Borrowers Programme for farmers in Nigeria. The government set aside N40 billion out of the 220 billion Naira Micro, Small and Medium Enterprise Development Fund which will be given as support for small scale farmers in Nigeria.

States who are participating in the programme and encouraging its citizens to be involved in rice farming include: Anambra State, which launched its Anambra stone-free Rice. Nassarawa state who repackaged their Rice from Olam and called it, Mama’s Pride, The Lagos State and Kebbi State launched the much anticipated Lagos-Kebbi Rice christened LAKE RICE.

All the states have recorded success stories with Kebbi State producing about N1, 000,000 tonnes of rice in 2016 alone,4 million tonnes of rice have been produced under the A.B.P initiative as at date and a  total sum of N33.34 billion released through 12 Participating Finance Institutions in respect of 146,557 farmers across twenty-one (21) States cultivating over 180,018 hectares of land as at March 31, 2017. 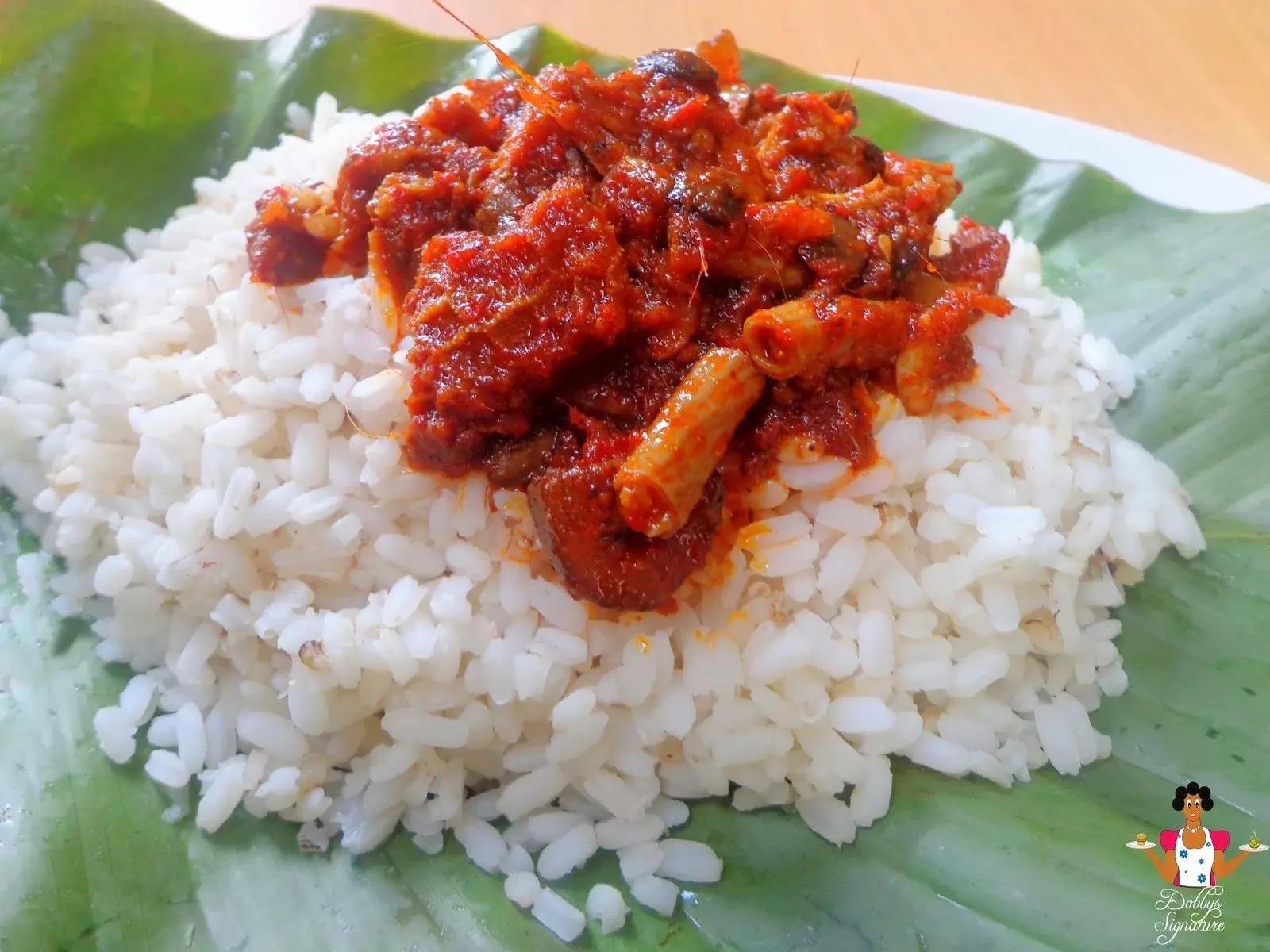 Ebonyi State and Rice Production
The Ebonyi people are predominantly farmers. They specialize mostly in Rice, Cassava and tomato cultivations across the state. However it is their Rice farming activities that have gained massive popularity across the nation, this tradition roots back to times when the state was not even formed. Early in 1971, a bushel of rice was sold at 10 Naira, they had  enough rice, and various food stuff such as cassava and  yam that Ebonyi State, is fondly called  “the Food Basket of the Nation. “.

In the 1980s, they had throngs of people coming from as far as Lagos, Benin, Port Harcourt to buy Abakaliki rice, Most Nigerians are familiar with “Abakaliki” rice, however the presence of stones dissuaded Nigerians who preferred imported foreign rice which was less tedious to clean up. Consequently the purchase of Abakiliki rice reduced tremendously.

The previous government of Martin Elechi ignited the fire of Ebonyi Rice by sponsoring the practical training of two contingents of over 120 Ebonyi youths at the Songhai Centre in Benin Republic. The beneficiaries received the sum of N200m as credit package to help them actualize their agricultural entrepreneurial potentials.

The then administration initiated the establishment of three Modern Rice Milling factories in the three senatorial zones of the state. They are located at Iboko, Oso-Edda and Onuigboji, with customised machines from Satake Corporation of Japan at the cost of over N1bn. This was in addition to the establishment of the Ebonyi Rice world, which now massively produces and packages the popular Ebonyi rice.

This encouraged the present Governor Engr David  Umahi, to launch of the one-man-one-hectare policy. The government is planning to introduce six mega-rice cities in the state and any Local Government Area (LGA) that covers 5, 000 hectares of land for rice production , they intend to  inaugurate irrigation facilities, social amenities, rice husk power plants, rice mills, among others, in such areas with active collaboration of the World Bank and the Central Bank of Nigeria

The Governor stayed true to his word about investing in agriculture, specifically rice production.by banning the consumption of foreign rice in public events and banning the sale of foreign rice in Ebonyi State, he also obtained a N2 billion naira from the Central Bank of Nigeria to improve Rice production in the state.
N250, 000 was made available for about 7,000 youths and women to participate by way of soft loans through the N2b loan that the state government got from CBN at an interest of about nine percent. The government went further by taken the responsibility of paying the nine percent thereby encouraging state citizens to take these loans at almost zero interest rate.

Every member of the Ebonyi state cabinet has at least two hectares of rice farm and was mandatorily compelled to encourage farming by its citizens.
According to the Governor, this measures were taken to curb the dependence on dwindling Federal allocation as the long term effect would affect the State negatively, instead they are to refocus on increasing its “IGR” and Rice Production was the main focus.

The price of a 50kg bag of rice has reduced from about N20,000 to just N8,000 making the meal of rice accessible to the common man once again, Youths who were previously unemployed and despondent have been given opportunities to become entrepreneurs or workers in the massive value chain involved in rice production.

The result of the agricultural programme was a financial boom for rice farmers in Ebonyi state. People from every part of the country, come into the state to buy Ebonyi rice, translating to a large sum of revenue to the State and its citizens.At the end of 2016, Ebonyi State stated that it had exceeded its projected production of about 350,000 metric tonnes of rice in 2016, currently the state is targeting producing about 500,000 metric tonnes in 2017.

It’s amazing to see the strides achieved in Rice production and the Agriculture sector alone in just over a year, The Federal Government in its Economic, recovery and Growth Plan reveals its plan to diversify the Nigerian economy further with a special focus on Agriculture and Manufacturing, The government intends to significantly reduce food imports and become a net exporter of key agricultural products.
The Nigerian Economy is gradually coming out of recession with a forecast of real GDP growth of 2.5% in 2017. It appears that after several years of the country’s dependence on Oil, the recession has forced Nigerians out of their comfort zone and into the deep tides of the ocean to swim with the big sharks.
Made in Nigeria products are now competing favorably with foreign products, small businesses are springing up daily amidst the harsh economic conditions.

In conclusion these positive results begs the question, was the economic recession such a bad thing after all? Or were we as Nigerians finally motivated to stop folding our hands waiting for dollar incentives from Oil production instead refocusing our sights on our lucrative non-oil resources, evoking inherent what we were before we fell in love with Black Gold.
It has been a tough couple of years, businesses have folded up, our Government have increased taxes and we have almost squeezed our pockets dry paying for the high price of commodities, but guess what, long term our economy will do better, we have finally looked away from the siren that is crude oil, if we can mimic the success story of states like Ebonyi and Kebbi, the sky will be our starting point.