Showing posts from January, 2016
Show all

Dear Diary …………I killed my Husband

By dakkylove - January 27, 2016
© Dear Diary today started like every other day, I woke up grumpy, lethargic and dizzy. My baby bump is beginning to show and my back was killing me. Four months pregnancy is no joke. My boobs had started to swell up and my nonexistent hips suddenly began to manifest, That was one of the only positive changes to my body, to think that I had spent so many days on my knees praying for my backside to increase, who knew it would take a pregnancy to finally fill out my hips, no more "flatty dumpty Kate", I was getting curvy, sadly my curves were also manifesting in my tummy, the thing was shooting out like no man’s business. I had heard that Pregnancy affected your mood, that some women became moody, in my own case I don’t know if it’s the pregnancy or the mere fact that my husband was so annoying. I remember the day I told him I was Pregnant, he held me for shorter that three minutes and raced out to call his friends, that evening there was a lot of
Post a Comment
Read more

THE OIL GLUT AND THE JOURNEY TO SURVIVAL

By dakkylove - January 26, 2016
Let’s evaluate on this topic for a minute, let it sink into our consciousness and then let’s arrange ourselves and decide on the way forward. Firstly it’s no more news that the price of Brent crude oil is sinking faster than a ship with holes, as at today its price hovers around the $30 mark. With a Nigerian budget deficit at N2.2 trillion, or 2.16 per cent of GDP based on an estimated benchmark crude oil price of $38 per barrel we seem to be already sinking before we even attempt to fly. Secondly Nobody is buying our Oil, It’s Bad enough that the USA who were Nigeria’s largest purchaser of our crude oil stopped buying completely in July 2014 as their own Shale Oil Production grew, but China our kindred spirit has abandoned us for Iran……yes Iran is back into the picture, America has lifted sanctions on Iran and suddenly they are stealing what little customers we had left.
Post a Comment
Read more 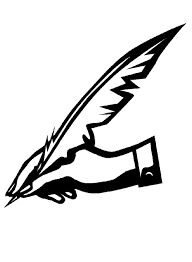 © Dear Diary so.....erm i am feeling guilty, you know that kind of guilty feeling where you know you're about to do something wrong but you have not done anything bad yet...technically. So i moved back to Surulere for some time, No Maximilian and i are not quarreling but he traveled to Jos on official assignment  and we decided i should stay in my family house for the time being till he gets back so i would not be too lonely at the Flat and the traffic stress with my commute to work would be reduced. I loved being back home, i missed my room, i missed sleeping on my large bed alone, i missed my mum fawning over me for a change, i even missed the smell of my dad's evening tobacco and my younger brothers after shave following us all over the house........  sigh i loved being at home.
Post a Comment
Read more

Personal Branding and YOU

By dakkylove - January 21, 2016
Brilliant Article By Jon Michail Cultivating an image of success will ultimately attract success. In other, words, you attract what you present. If you want to be the part, look and act the part. There’s a reason why actors turn up to auditions dressed as the character they’re hoping to play! Successful image management should apply to every facet of your life, not just your professional career. Jim Rohn once said, “You are the average of the five people you spend the most time with”. In other words, if you want to be successful, you need to be with successful people. But what does success mean to you? Is it working in a dynamic industry? Having lots of friends? Meeting someone who makes you feel happy and loved? You can have all this and more by not just working towards your goal, but by being your goal, right now.
Post a Comment
Read more

THE CASE OF THE EX

By dakkylove - January 20, 2016
Ok so I have been quite busy these days, I have not been able to catch up with the activities on social media and whatnot but a story caught my eye. Apparently a popular musician’s girlfriend was called out by a married sponsor she was allegedly dating,  The Olofofo married man allegedly posted vacation pics with him and the girl just to buttress his point. Naija being what it is the story went viral and turned into a super story volume 1, 2, 3 so let’s step away from the gossip for a while and revert back to my topic, Who was wrong in this case? If Mr X married or not dated you in the past does he have a right to destroy your current relationship especially if he has spent a considerable amount of money on you?
Post a Comment
Read more
More posts